I took advantage of the Craftsy Sales of this last week. I finally signed up for Angela Walters Free-Motion with Feather Class.

I have been quilting feathers for a while now, so the first part of the class did not reveal new techniques for me, but it did help me with getting the right shapes of the petals, as Angela call them, in the right half-heart shape. The second part of the class contained more new information. I enjoyed the class, and really wanted to see more after it finished. 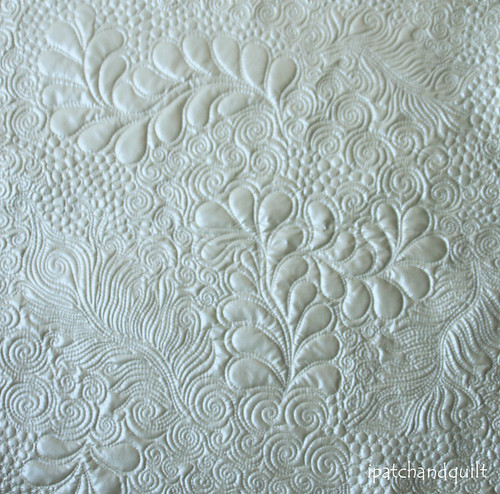 The fabric is a real FIRST for me. I will explain later! 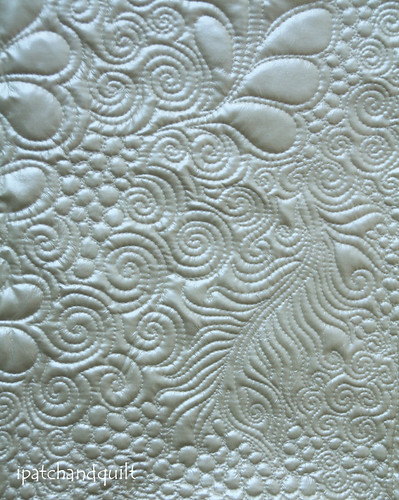 I combined several feathers with swirls and peacock feathers. Angela Walters talks about the peacock feathers in the class. I also really liked a tutorial by Quilts of a Feather’s tutorial. 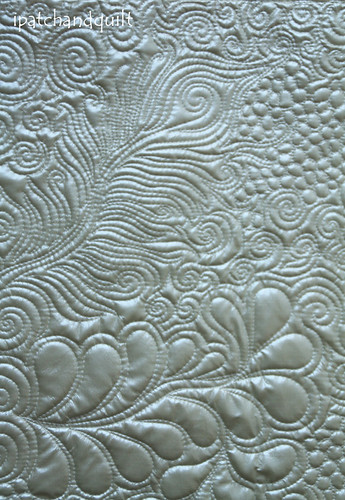 The thread I used is by Guterman, 100% polyester, off-white. (top and bobbin) 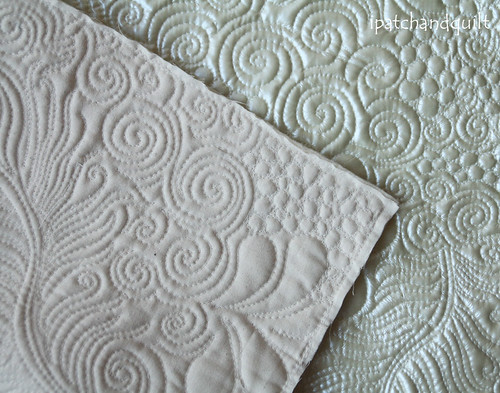 There is unbleached cotton from IKEA as backing fabric again. I am running out of my stash, so I might need to go and get me some more!

For the second test piece I used pastel coloured threads. Aurifil Polyester threads that are normally used for embroidery, I think. It went perfectly fine!!! 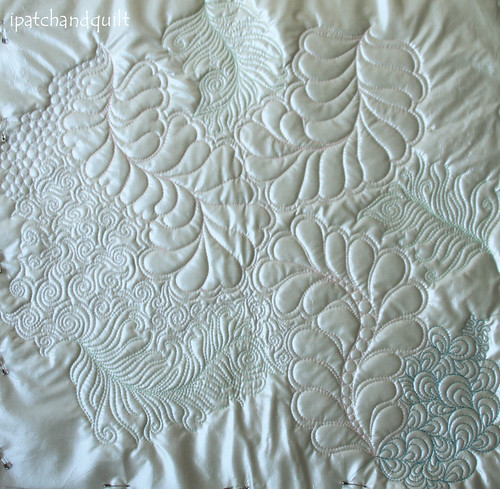 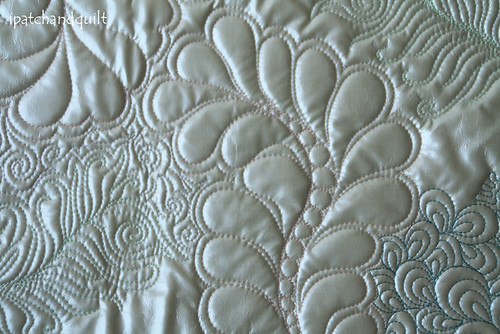 A minty green peacock feather on the left and a pink luscious feather in the middle. 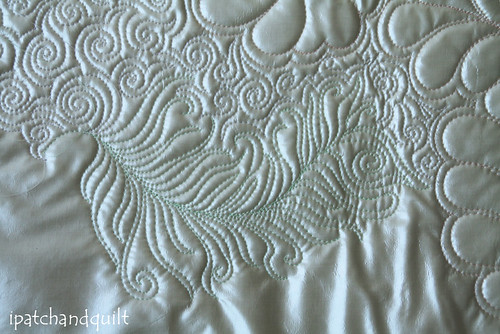 The swirls are done in a lavender thread, but it almost disappears into the fabric. It looks too close like shadows to stand out from the fabric itself.

I also tried a darker thread, but it actually looks better in the picture than it does in reality. 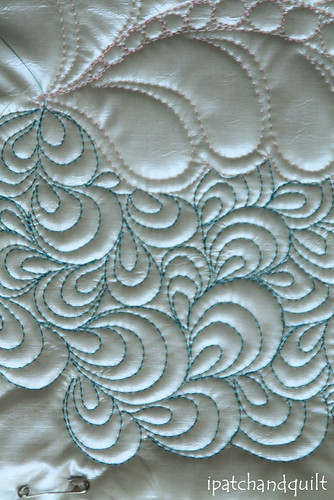 Okay, now something about this fabric… it’s cotton on the back and a plastic on the front that actually feels like cling film. 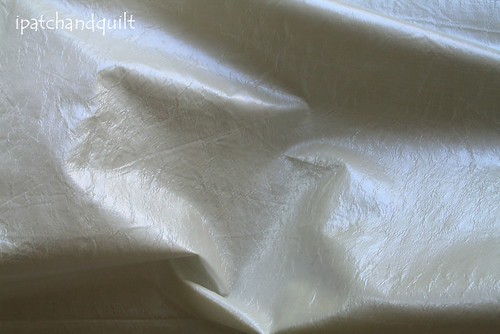 A coworker gave me this fabric to play around with and I have yards and yards of it. I can not imagine what it was originally intended for. I do not think it was meant for clothing, as it is a bit sticky if it touched itself. 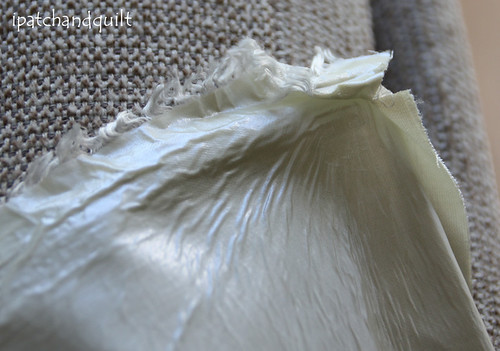 It is a bit wrinkly and lighter than I thought it was. I did not realize I had so many yards… 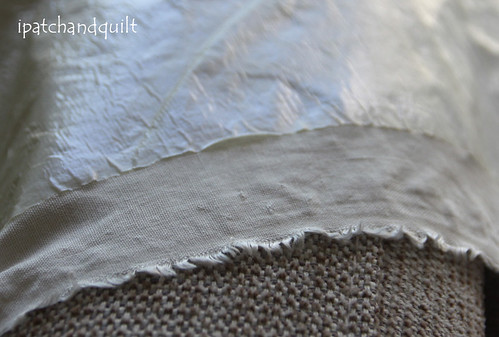 At the edges it tends to come loose a bit.

Quilting it fairly easy except for the basting. I could not use pins as the pinholes would be visible after removing them. I tried using starch as an adhesive, and that normally does the trick. Not this time! In the first test piece I used sewed the edges down before FMQ on it. In the second test piece I used pins on the outer border of the piece. I think the last technique worked best, as I could remove the pins and readjust them if needed.

There is this awesome quilter out there who inspired me to try this weird fabric! Here name is Hilary Florence and you should look at here latest work called Cosmic Split! She has experimented with weird gold fabrics to create the quilt. Also click back through her posts to see the results of the experiments!

Have fun, and try a  new thing!

Freemotion by the River: Linky Tuesday