I hope you have all survived the first days back at work. For me it was a bit of a shock to the system, ha ha! I think I could have done with a few more days off! 😉

In my last post of 2015 I spoke of finally finishing some half done projects, like the Christmas quilt and small Christmas pillows. 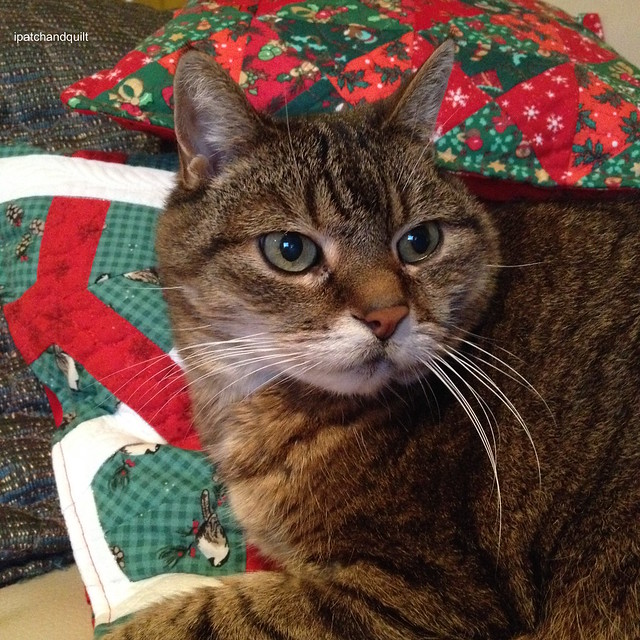 (My cat claimed ownership of the largest pillow!)

Tackling these W.I.P.s set me in motion and got me on the way of working on some more.

First project to be completed of this weekend is my fourth Soy Amado quilt, which I started in April 2015. I named it ” number 5″ in that post, but is the fourth that has now been completed. (read more about the Soy Amado charity project here)

To refresh your memories, here are some pictures of the first three. 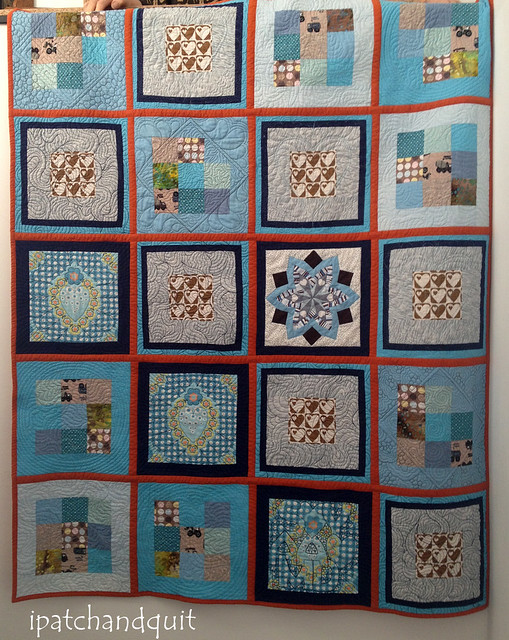 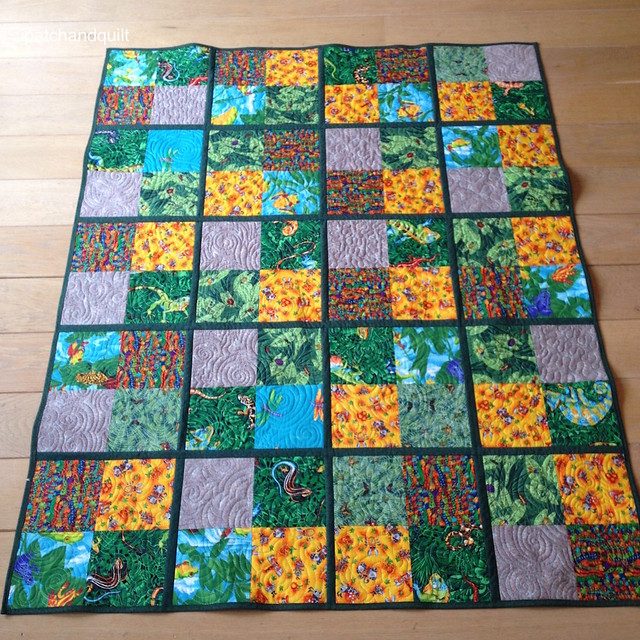 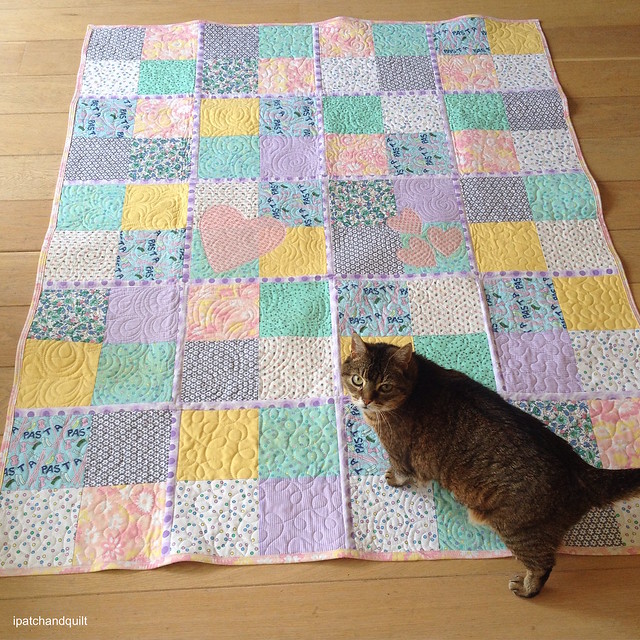 It is quite possible that you have not seen the picture of the completely finished last one, it somehow got forgotten. The first blue and orange quilt was sent to the children’s home in Mexico City. The other two are waiting to be mailed off with some other ones to a children’s home in Johannesburg, South Africa.

Alright alright, let me show you some pictures from the fourth quilt! 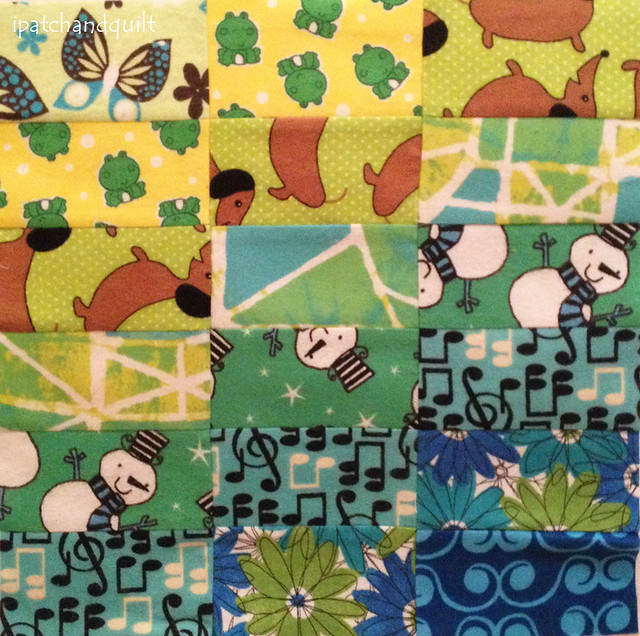 A friend gave me lots of quilty scraps amongst which there was a load of flanel bits. I cut these up with my Sizzix die cutter and pieced some 12,5 inch blocks. 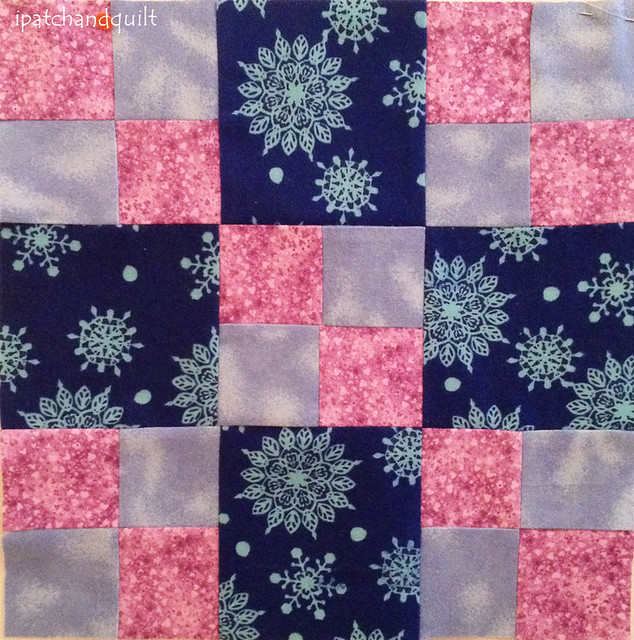 After a while I discovered that there were not enough scraps to create the necessary 20 blocks so I added some of my own remnants of flannel (solid light blue). Each 12,5 inch block was turned into a mini quilt with a backing fabric and a batting. And of course they got quilted with lush feathers and swirls. 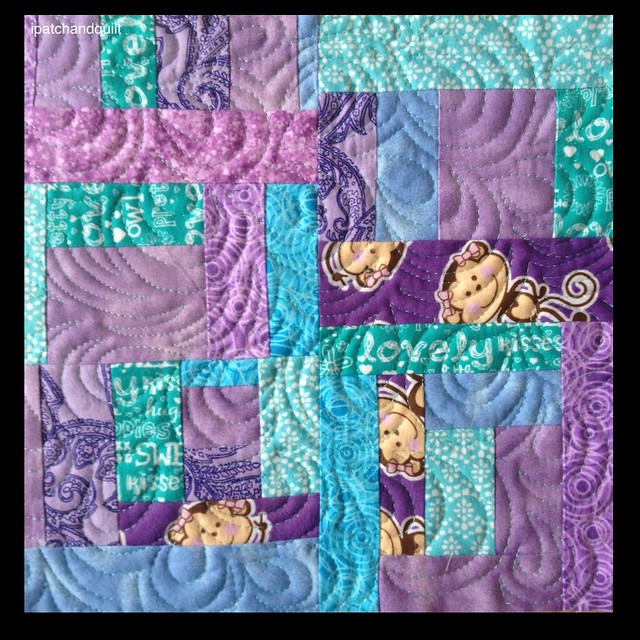 As you can see, I had to use any size scrap to get my 20 blocks! 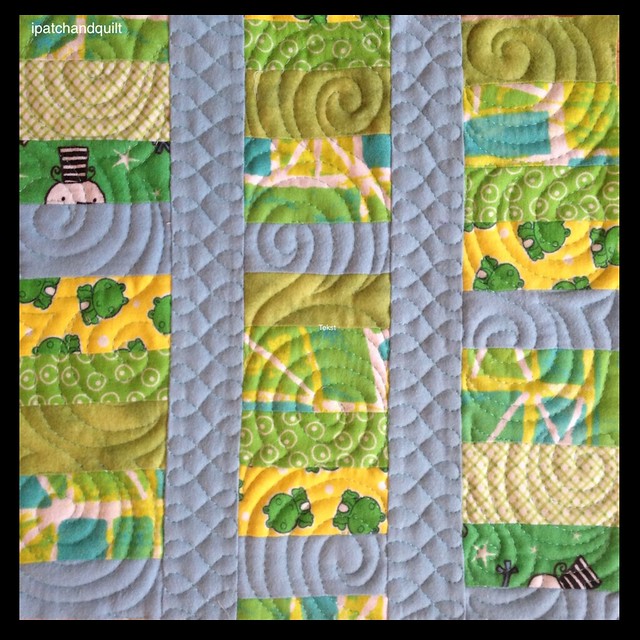 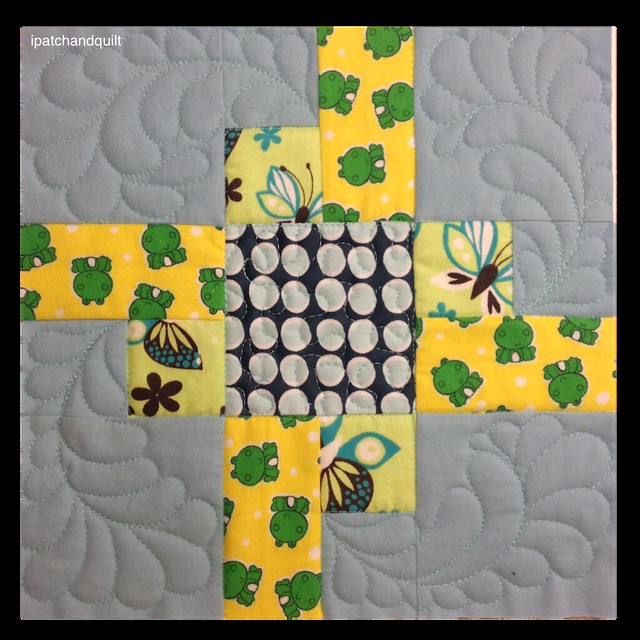 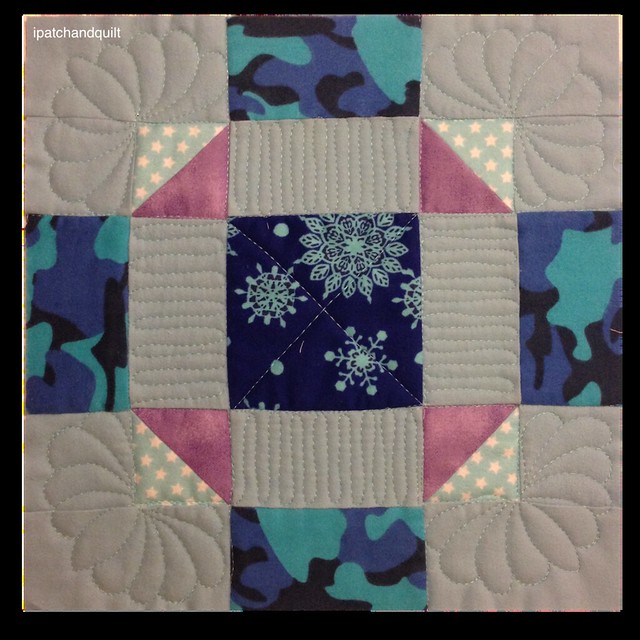 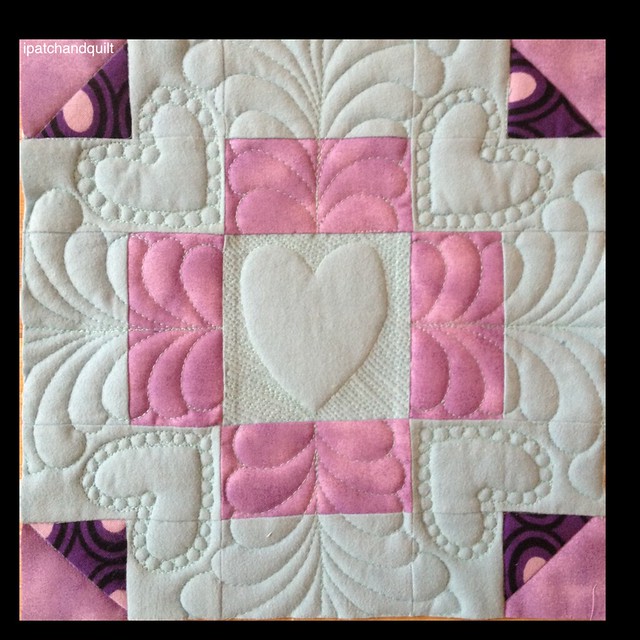 Here was in in-between assembly shot of the blocks. 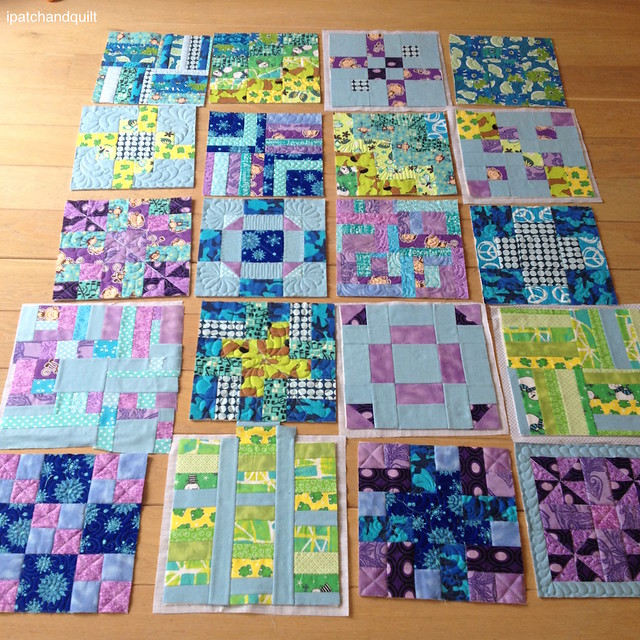 The blocks were joined using the Quilt As You Go technique. The threads, batting and fabric I needed for the strips and the binding was donated by costumers and owner of a local quilt shop in Brunssum! THANK YOU ALL!!! 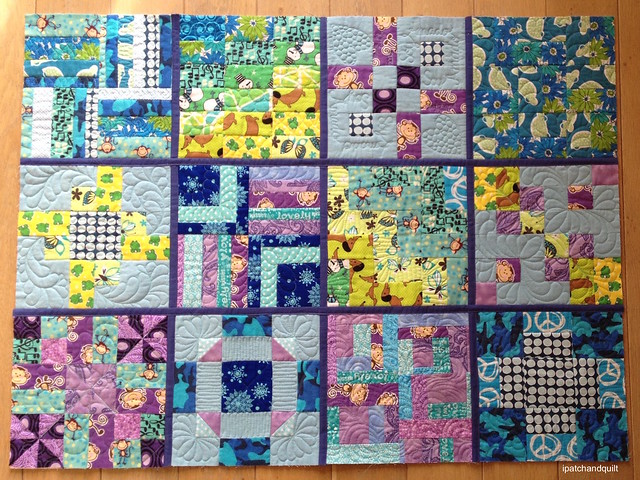 I just finished it this Sunday. 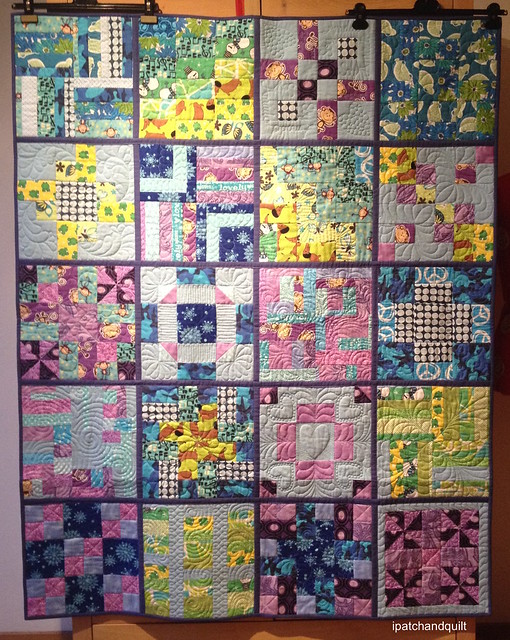 I am already working on the next quilt which is actually a partially finished quilt donated by another local quilter! The fabrics are all lovely soft pinks and cremes. It gives of a distinct elegant French feel! Will show you later!!!