Last month’s Foot to Freestyle blocks for Claire of ‘Knit N Kwilt’  were to be in the colors brown (deep, rich, or ordinary), red, orange with a background of cream to beige to tan.

I started with this classic star with some fabric that I had received in a surprise box from Craftsy. In that box there were all kind of fabrics from Robert Kaufman’s collection ‘Fusion’. Don’t you think that red fabric looks like knitting? The block is paper pieced (Saint’s Star pattern, free pattern), just because I prefer to do blocks that way as I will know for sure the size will be correct. 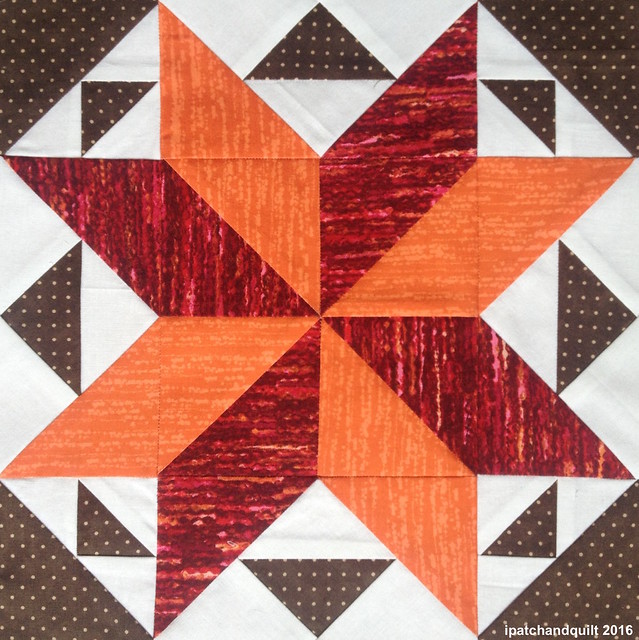 The next block also uses fabric from that textured fabric collection: here the pinkish red looks like woven wool fabric. I particularly like the background fabric here. It comes from a collection of earthy fabrics that my local quilt shop sells. I reminds me of drought cracks in the earth or craquelure in old ceramics. The pattern for this block is “Out There” (free pattern) 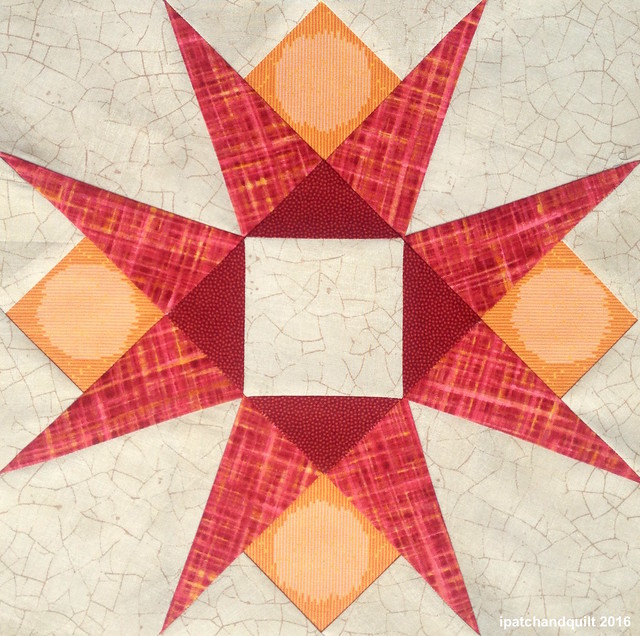 For this last F2F block I used again a fabrics from that surprise box: the light brown stipple and a stripe this time. In the centre the stripe comes together in a cross. I was really surprised at the visual impact this fussy cutting has. I will sure use it again! I also used two different fabrics in the background: some scraps I was given. The pattern for this block is “Nova” (free pattern) 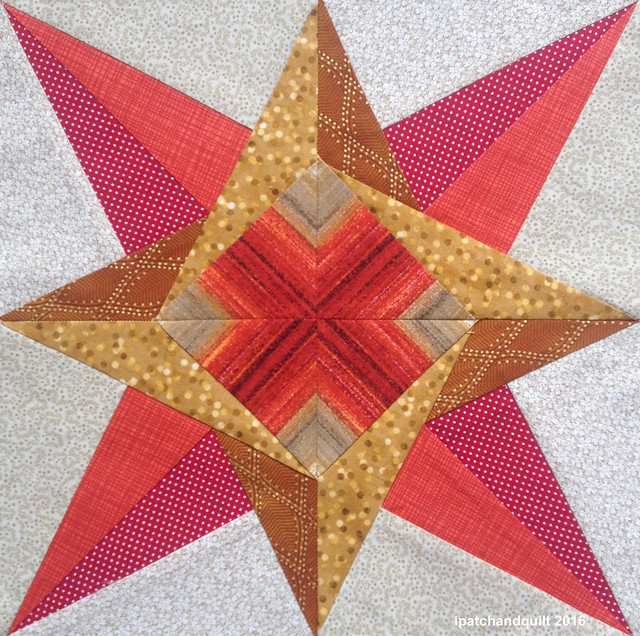 I have been working on some more paper piecing blocks. All from the same pattern as the second block I showed you in this blog post; pattern ‘Out There’.

Again lots of subtile fussy cutting for these pieces. 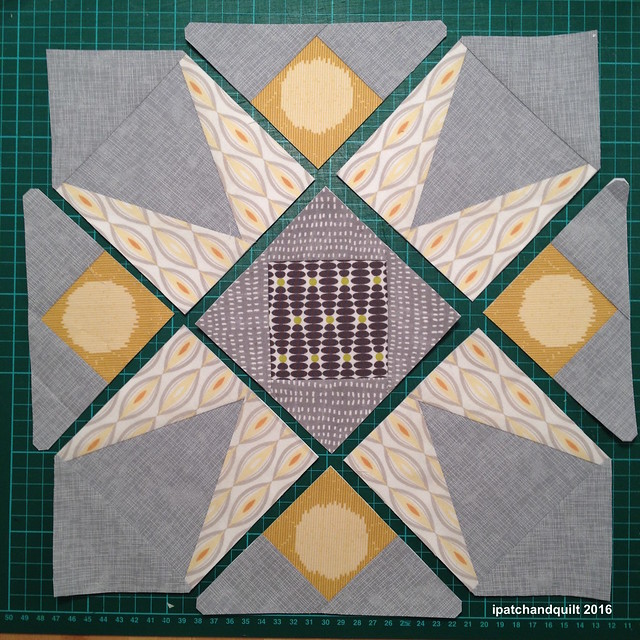 In hindsight, I think I would have like it better if the corner pieces were cut from one piece (grey) instead of two. Live and learn, right?! 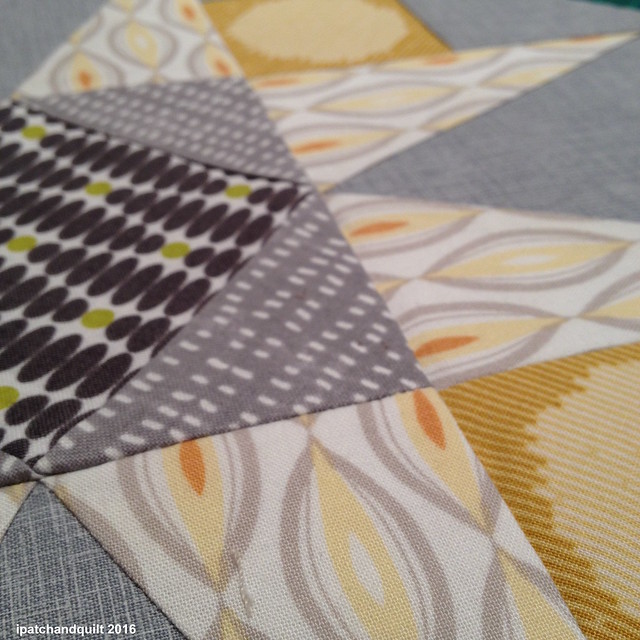 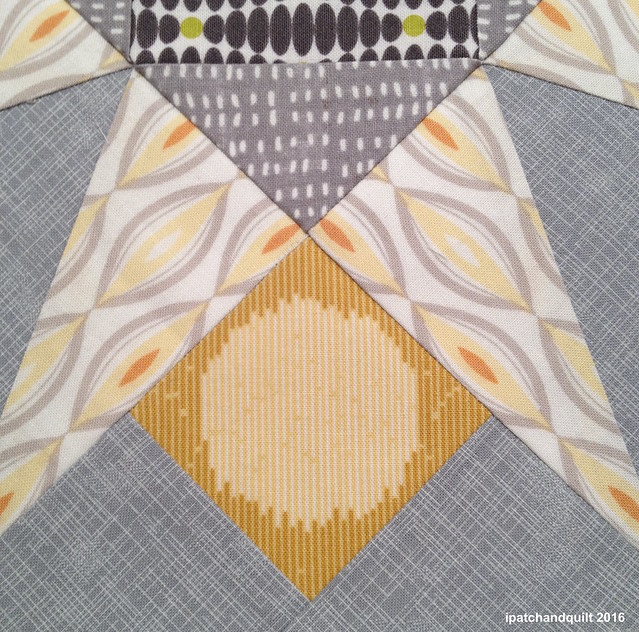 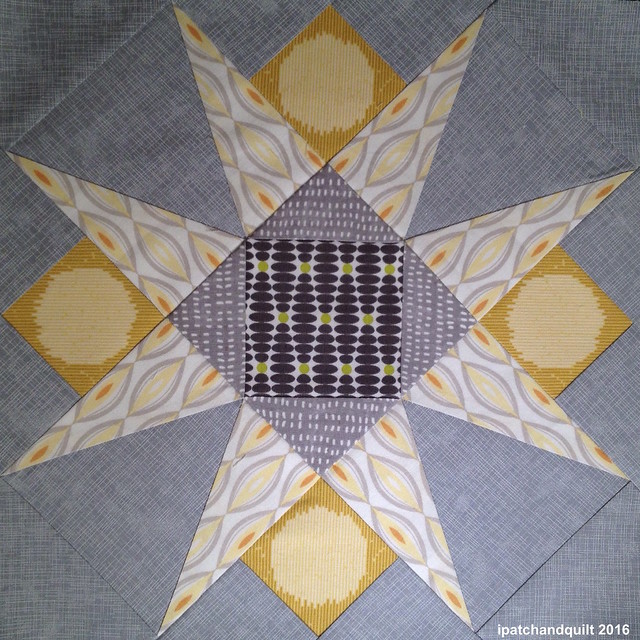 And last but not least… a green block, which a friend on Instagram called “a demented jellyfish”! Funny he?! 🙂 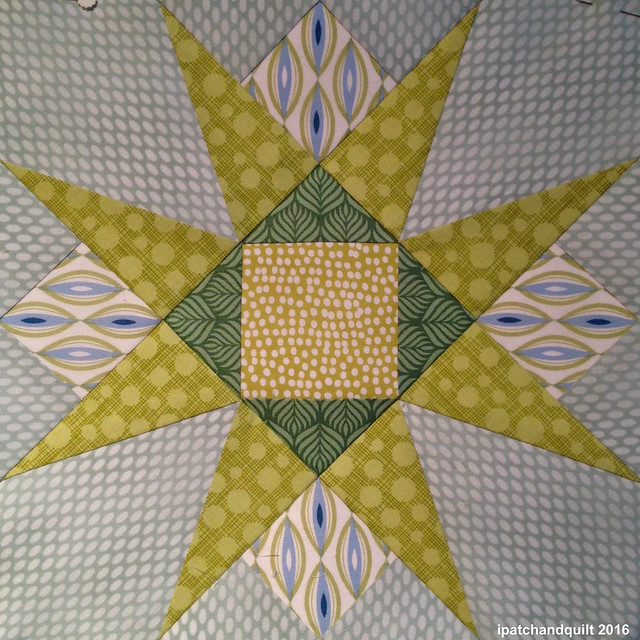 The last two blocks will be pillows in the near future.