I have been playing with a FMQ pattern that I have decided to name SLINGSHOT. The pattern is created by stitching a curl/spiral and then slingshotting your way out.

In the tutorial above I started in the top left corner, but you could of course start in the top right. The next picture shows you what you will have created then. 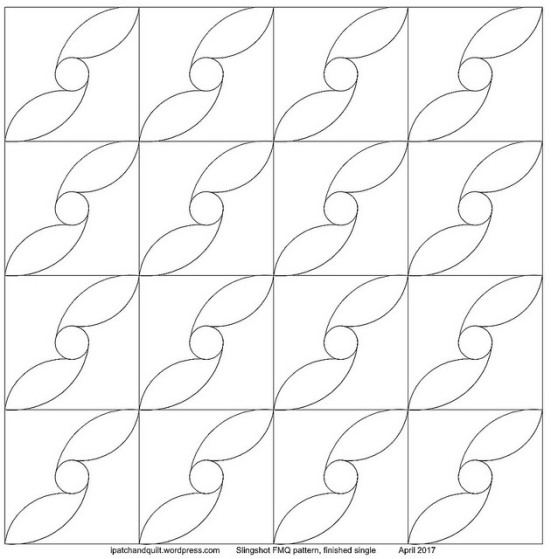 After adding the second pass in the opposite direction you will have created a flower in each grid.

The little circles in the centre of each grid get a lot of thread build up. In the RED sample below I drew the circles with an architectural ruler with circles in millimeters.

Even after drawing all the circles out, they turned out a bit wobbly, probably because of all the passes around each of them.  I think this pattern would work best if you used a thread color that matches the fabric as I did in the BLUE example.

You may have spotted that I added some diversity by enlarging the centre circle for each row. You could really add a dynamic background to a quilt when you use this pattern as a filler.

Of course you can play with the slingshot concept!

If you only stitch out half of the pattern you will have a shape that reminds me of a tornado of some kind. 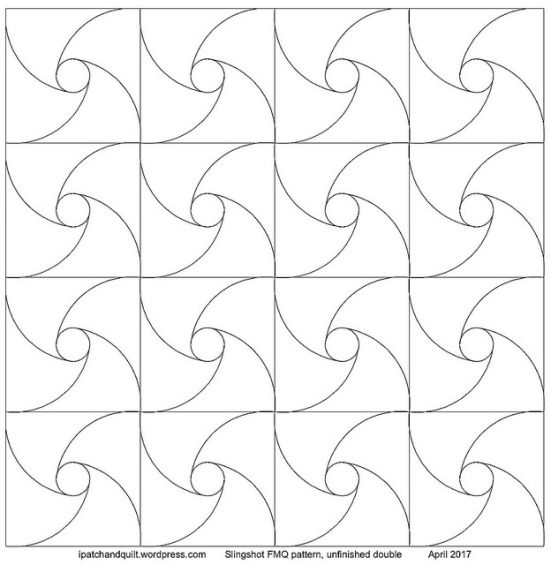 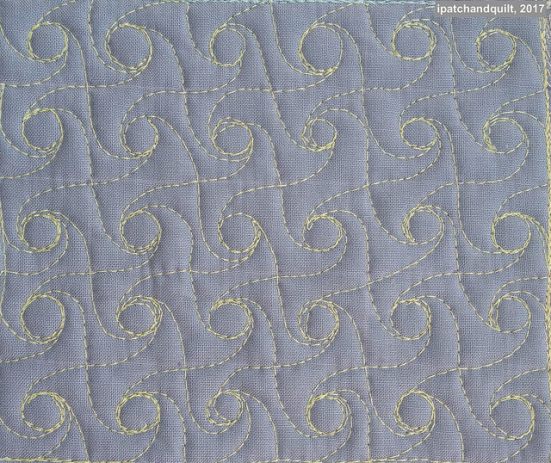 Those of you who are a fan of very dense quilting, you could fill these tornado slingshots with echoes.

And there is ONE MORE possibility! You can alternate the direction of the pattern. I think it looks like a bit like a puzzle piece. Here too , you can add dense lines that resemble entangle drawings. 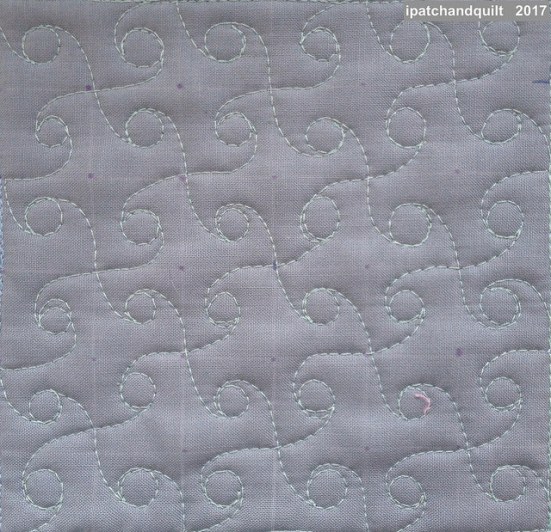 I like the PINK thread design the best. Which one is your favorite? 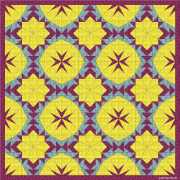 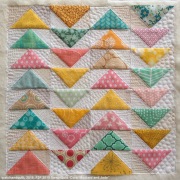 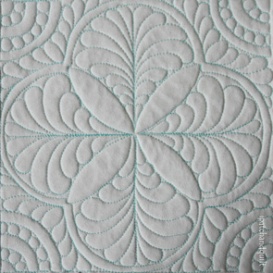 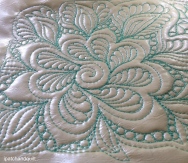 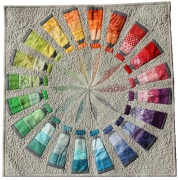 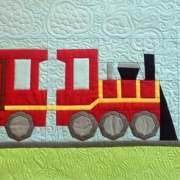 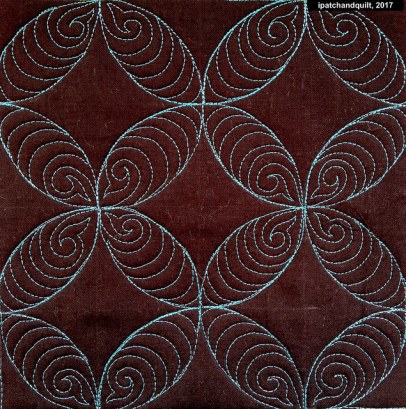 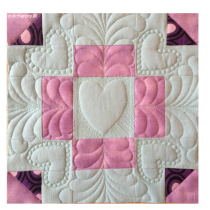 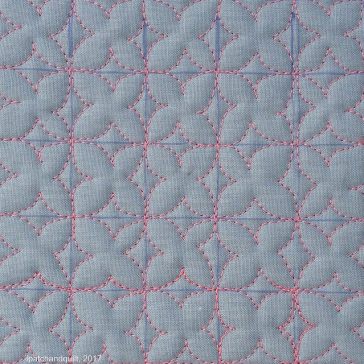 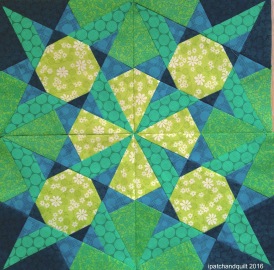 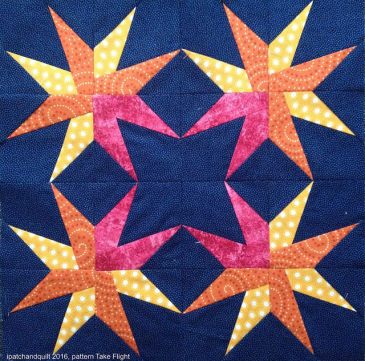 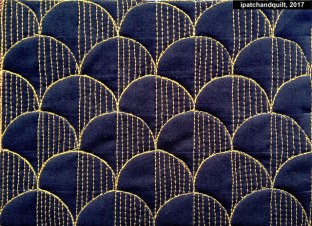