“I will be patching HST blocks on a regular basis for the next couple of months.  I will be using this schematic for the lay out of the blocks. I will be selecting the blocks randomly. I will be doing the blocks in a navy, blue and white combination as in a sweet and soft colour palette. So there will be two sets of the blocks in the end. There may be 16 blocks of one kind at the end of this project, but it is also possible that I will do all 72 in both colour schemes! The blocks will be on “show” in a special blog page. Maybe you want to quilt along with me?”

It is time for another block! This week we will be tackling block 8-7

Lay out your HST. I switched around the light and dark in this block, compared to the little drawing above. 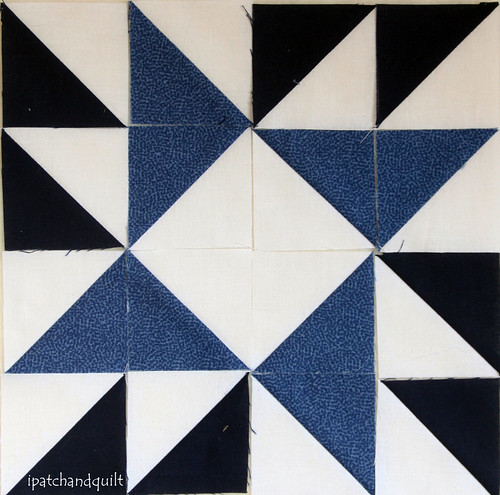 Sew two adjoining HST together. Per rectangles there is one red sticker indicating to which direction I pressed the seam of the squares. Where ever possible I press towards the dark fabric and create nesting seams. In this block that means I had to press the HST to the light side twice. I indicated those seams with the pink sticker. 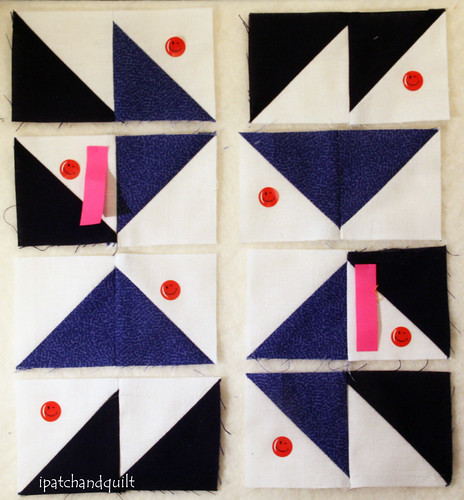 The red stickers indicate the direction which I pressed the seam: up or down towards the dark side. 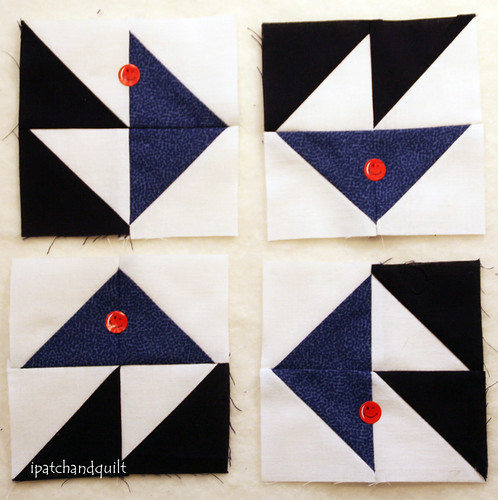 Now join the squares to make two large rectangles. Pressed up and down to the dark side again. 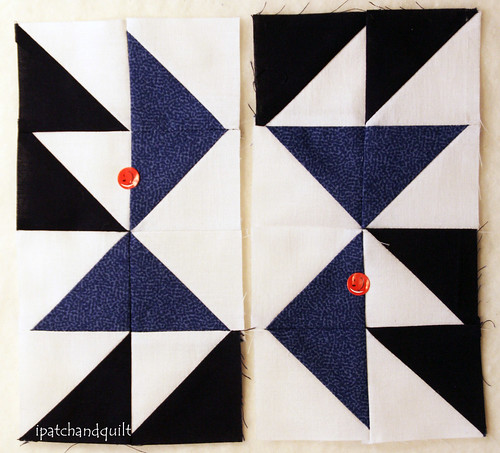 Join the two rectangles and you are done! I have opened up the last seam. 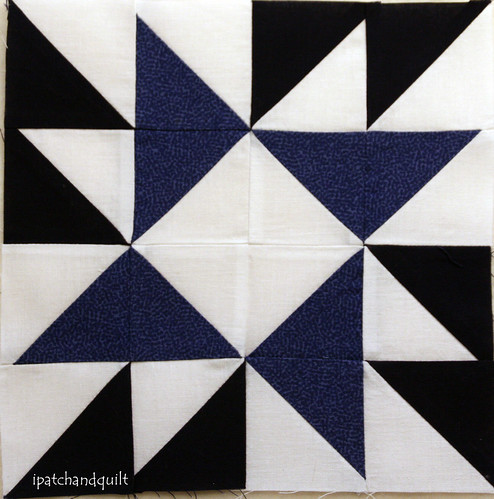 Of couse I have also created a colourful block with the same design. Here are some lay out options: 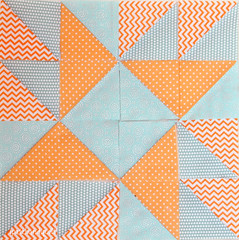 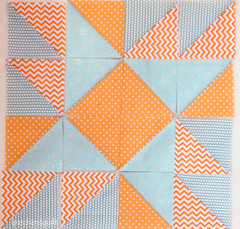 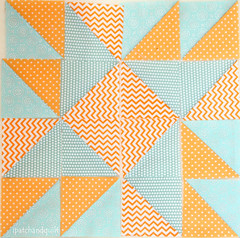 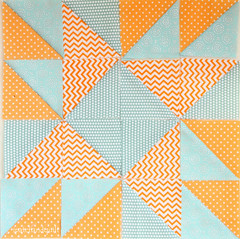 I finally decided on the third one. 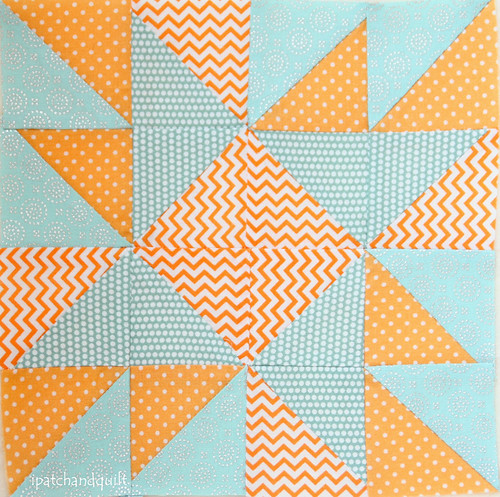 Next week I will tackle this block 7-6.

P.s. I am linking up with

Freemotion by the River for Linky Tuesday