Last year I embarked on a new project… one that I stared full of enthusiasm but that lost my interest in a couple of months.

I had set out to create all of these blocks for my BLOCK-aliscious project.

Several blocks were patched and even quilted, but just a few got blogged about. And then they got put in a box…

And I pulled out the blue and white ones last weekend so I could create a last-minute baby quilt! 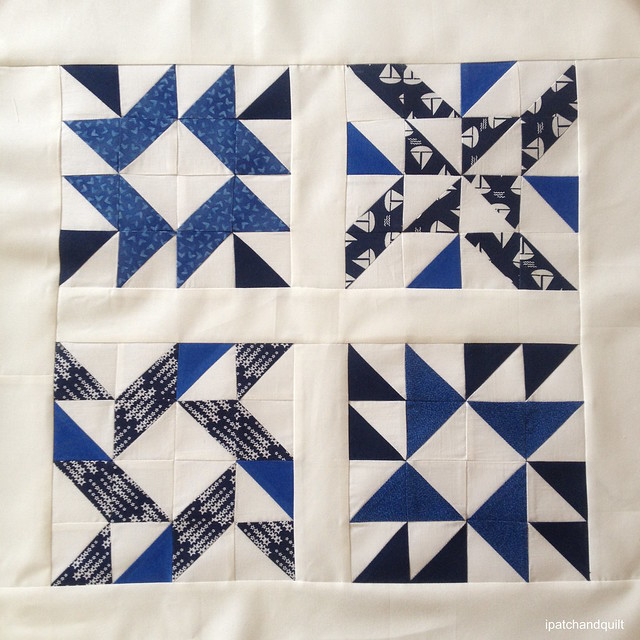 I added some sashing and a border. 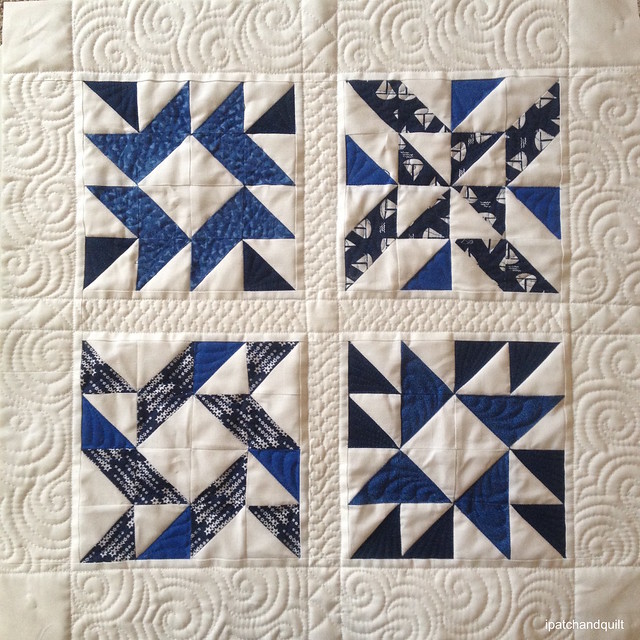 Added some quilting, which by the way was a bit rusty as I had not really quilted much since the end of summer due to shoulder problems. As long as I stopped working on the small quilt every 30 minutes, I was fine. No more getting sucked into the flow of quilting for me.

Some parts are filled with lines, others with some feathers. 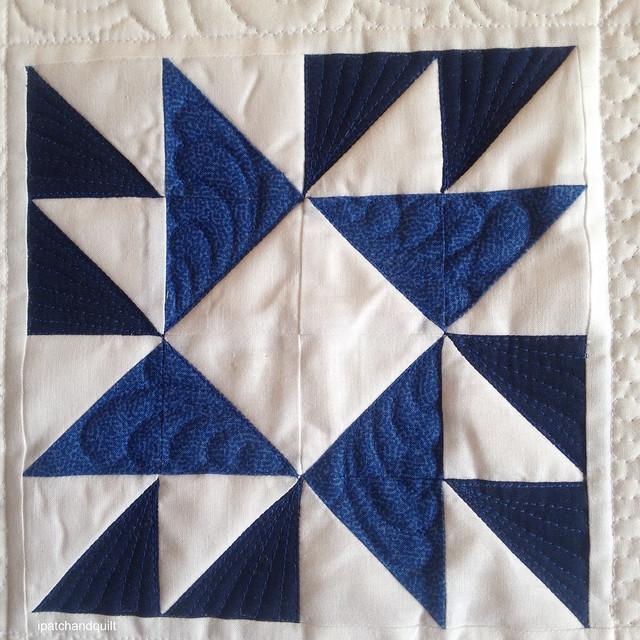 I used a water-soluble pen to write the baby boy’s name so I could quilt his name in silver metallic thread by Wonderfil. 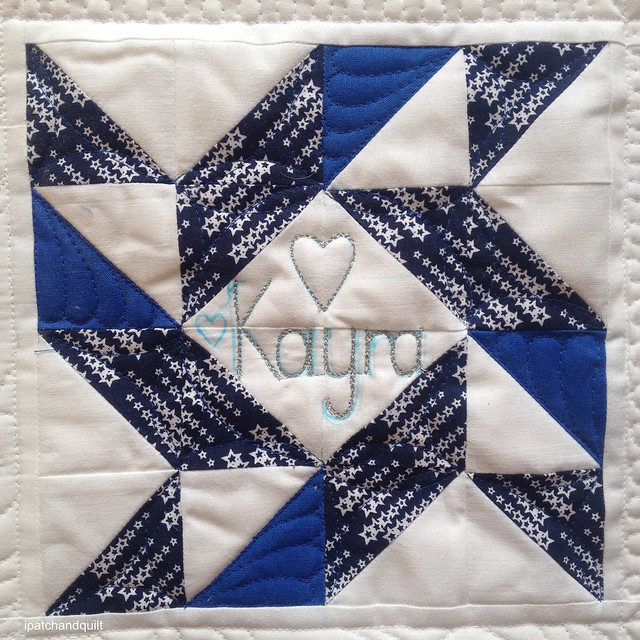 The backing fabric also had a nautical feel to it in a soft gentle blue. 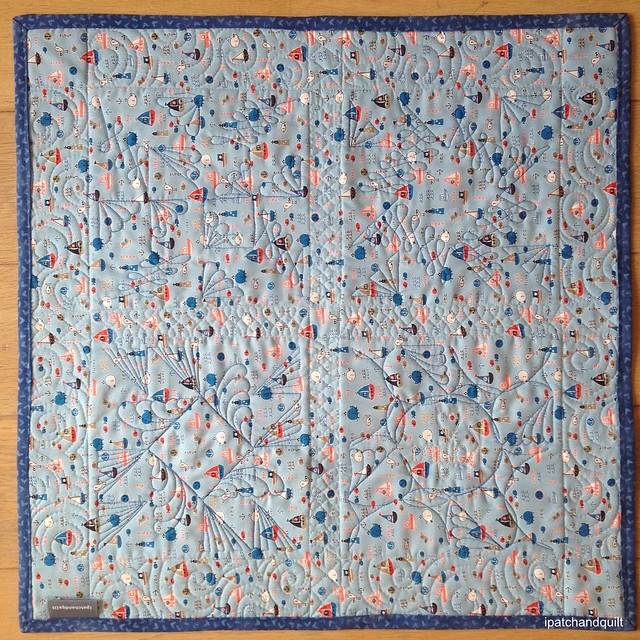 The binding is the same blue hearts fabric I used in the blocks. 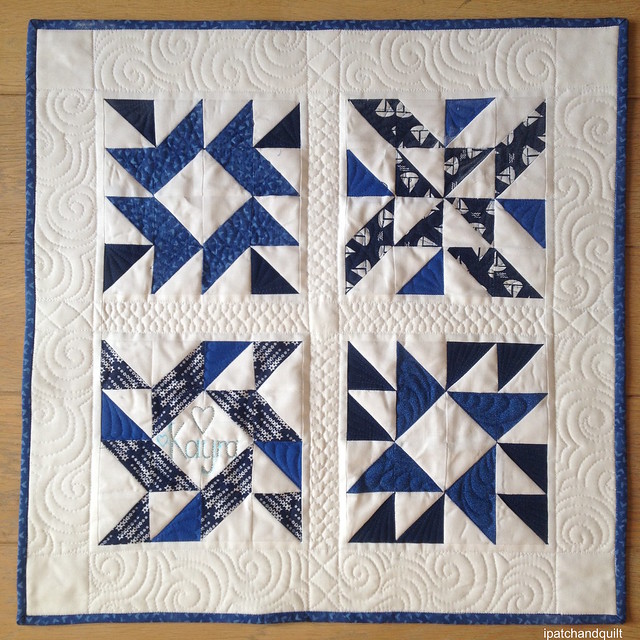 Only thing that needed to be added, is a baby! 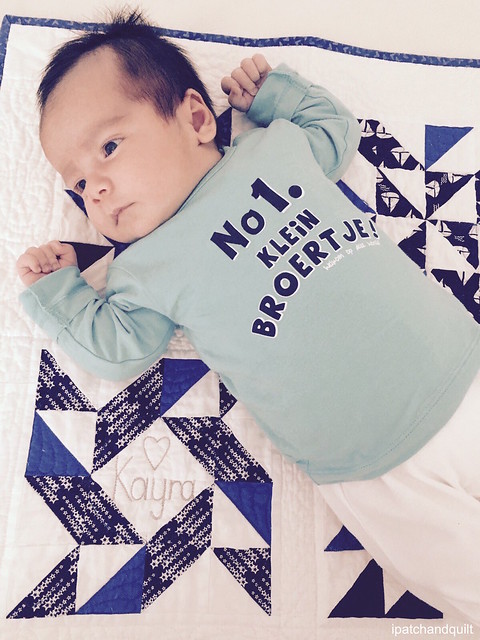 15 thoughts on “Blocks for baby boy”